It has been sometimes seen where some users get warnings from Windows 10 Smart Screen and Defender (or other) antivirus warnings with either the download or the first time use of the plugin/s.

Being an executable program on the internet, its valid for these warnings to be seen sometimes for such things.

It's typical for Windows Protection, or your Antivirus to be concerned. This is normal. See below for allowing these to run for the first time 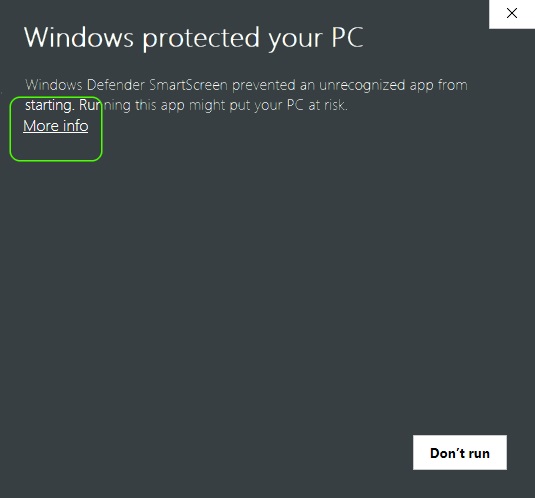 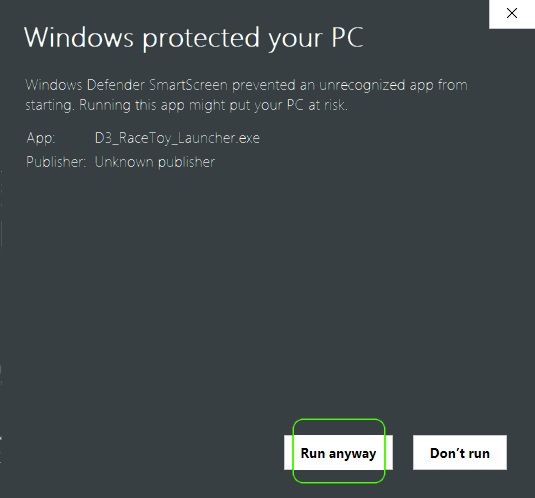 walk through of the Smart screen / other prompts

Your browser may mention similar to the following, mostly because itâs a new internet based downloadable application, so itâll complain about it, but I can assure you it is safe and legit.

The newly written launcher actively maintains versions between updates of the plugin, so just run the launcher every time you fire up the sim, and itâll take care of it. See below for examples of allowing it to download cleanly and run for the first time.

3 - Right click the downloaded zip, and âExtract Allâ, next until it is done.

4 â Into the folder once extracted, you will find two files (and a readme);

Into the newly extracted folder, and run âD3_RaceToy_Launcherâ.exe 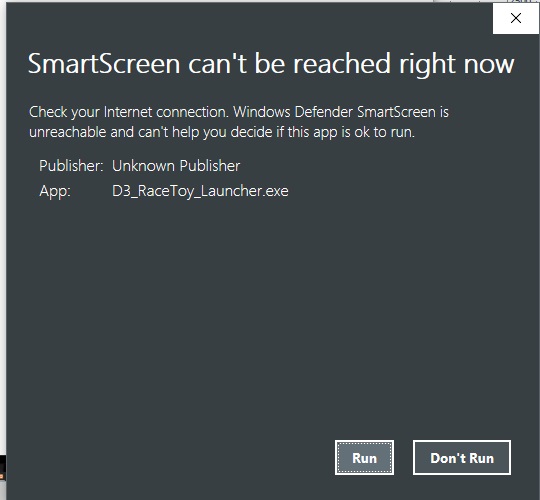 6 - The Launcher will fire up, and go look for any updated plugin versions and get them for you.

Once the launcher has run at least once, it will fetch the latest published build and launch it for you. It will appear next to it as shown here (plugin). sometimes it is best that you 'Right Click, Run as Administrator' for the first time use.

If you continue to get dramas with Winedows 10 Download or Smart Screen, get in touch with us and we'll try to help.

Know you're going to make it.

All trademarks and registered trademarks are the property of their respective owners.
iRacing images and logo are property of and used with permission iRacing Motorsports Simulations LLC.
This is not an official iRacing.com Site, nor affiliated in any way.

'I should imagine that the conditions in the cockpit are totally unimaginable.' - Murray Walker